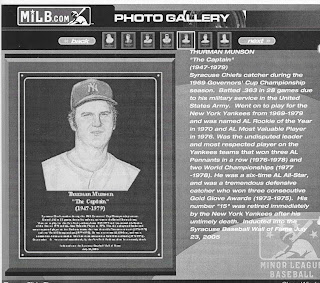 Thurman Munson played in 28 games for the Syracuse Chiefs in 1969. He batted .363 in 102 at-bats before his call up to the New York Yankees. Who could blame the Yankees for calling him up after a such a short stint in Syracuse? Munson played in 26 games for the Yankees in 69, then went on to having a career studded with the Rookie of the Year Award, Gold Glove Awards (3), All-Star Game appearances (7), and a Most Valuable Player Award (1976) before his untimely death in the middle of the 1979 season. He was elected to the Syracuse Wall of Fame in 2005. 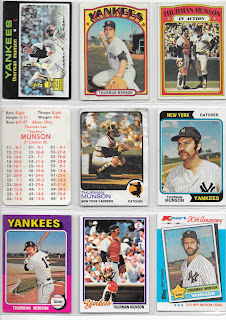 Top row: 71 Topps. Love plays at the plate cards. Love the old old style batting pose Topps All-Star Rookie trophy too! This is followed by Munson's 72 and 72 In Action Topps cards. Not much action in that IA card however.

Middle row: 73 APBA game card; followed by a 73 Topps card that must have gone through some bicycle spokes; and the last one is Munson's 74 Topps card. 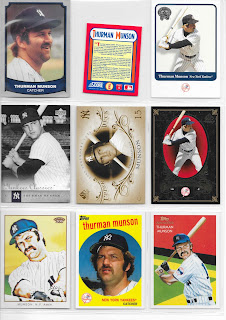 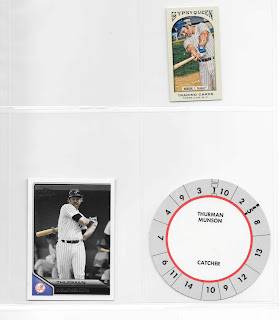