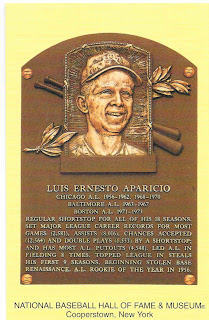 Luis Aparicio was known for his speed and fielding. He led the American League in stolen bases a (still) record nine straight seasons, and racked up nine Gold Glove Awards over the span of his career. The White Sox were well served by shortstops for quite a stretch of time. HoFer Luke Appling held the spot from 1930-1950, then Aparicio manned the position from 1956-1962, then again from 1968-1970. Between 1950 and 1955, the position was well served by four time All-Star Chico Carrasquel. 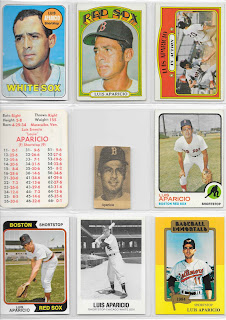 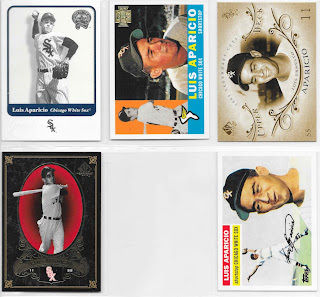 Second sheet, top row: 2001 Fleer Greats of the Game; 2002 Topps Reprint of 1960 Topps; and a 2005 Upper Deck Legendary Cuts (why did UD have to print landscape cards with an opposite orientation from almost every other card manufacturer? Grrr.).

Thanks for stopping by,