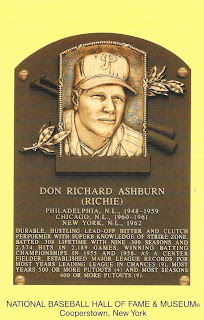 Richie Ashburn accumulated 2,574 hits with a lifetime batting average of .308 and an on-base percentage of .396 in his 15 year career. With only 29 home runs, he was a true "spray hitter." Ashburn accumulated the most hits (1,875) of any batter during the 1950s. He appears to be well regarded as a center fielder. There are two funny stories I learned of Ashburn from Baseball-Reference.

The first:
"During an August 17, 1957 game Ashburn hit a foul ball into the stands that struck spectator Alice Roth, wife of Philadelphia Bulletin sports editor Earl Roth, breaking her nose. When play resumed Ashburn fouled off another ball that struck her while she was being carried off in a stretcher. Ashburn and Mrs. Roth maintained a friendship for many years, and the Roths' son later served as a Phillies batboy."

The second:
"One oft-told story is that on short flies to center or left-center, center fielder Ashburn would collide with shortstop Elio Chacón. Chacón, from Venezuela, spoke little English and had difficulty understanding when Ashburn was calling him off the ball. To remedy matters teammate Joe Christopher taught Ashburn to say "Yo la tengo", Spanish for "I’ve got it." When Ashburn first used this phrase it worked fine, keeping Chacón from running into him. But then left fielder Frank Thomas, who did not speak a word of Spanish, slammed into Ashburn. After getting up Thomas asked Ashburn, "What the heck is a Yellow Tango?" This anecdote inspired the name of the American indie rock group Yo La Tengo." 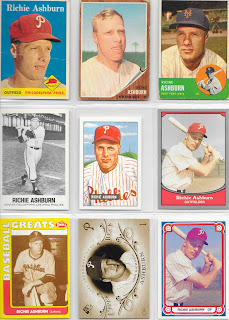 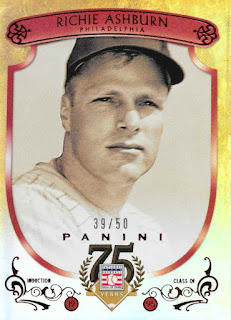