This post features MLB players that never played in the minor leagues. I'm starting with the most impressive group - players that went directly from HIGH SCHOOL to the major leagues and never played in the minor leagues. Not a single game (according to Baseball-Reference data)! There are only 6 players in this ultra-exclusive category, so I added one player that played 6 games in the minors on a what appears to have been a rehab assignment.

I'm following this impressive list with another group, this time of players that went directly from COLLEGE to the major leagues and never played in the minor leagues. Similar to the above, there are only 6 players in this category, so I added 2 others that played only a few games in the minors under what appear to have been rehab assignments, and one other that only played in the minors AFTER finishing his Hall of Fame career.

From my research, there have been a total of 39 players that went from high school directly to the majors. Many of which were Bonus Babies. According to Wikipedia, the bonus rule was instituted by MLB in 1947 that prevented teams from assigning certain players to farm teams. The rule stipulated that when a major league team signed a player to a contract in excess of $4,000 ($45,800 today), the team was required to keep that player on their 25-man active roster for two full seasons. Any team that failed to comply with the rule lost the rights to that player's contract, and the player was then exposed to the waiver wire. Once a player remained with the team for two full seasons, he could be assigned to a farm team without repercussions. The rule went through several variations until it was finally abolished in 1965, when the MLB draft was initiated.

Hall of Famer Mel Ott was the first player to go directly from high school to the major leagues and to never play in the minor leagues. He turned out pretty good as he hit 511 home runs, drove in 1798 runs, and averaged .304 in his 22-year career. Ott hit .383 in 60 at bats as a 17-yr old. 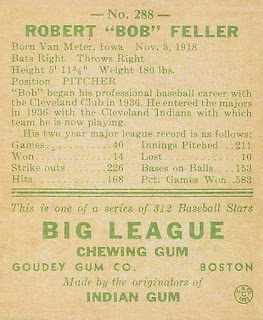 Bonus Baby Johnny Antonelli was a pitcher from Rochester, NY that played 12-years in the majors that included two 20 win seasons and 5 All-Star selections. Antonelli pitched 4 innings in his age 18 season. He also lost 2-yrs to military service. 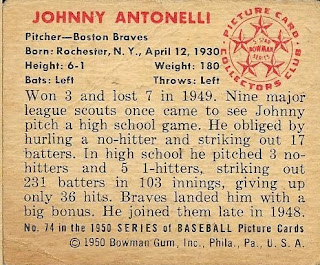 Hall of Famer Al Kaline was a Bonus Baby and the next player to go from high school to the majors and never play in the minors. Kaline played 22-years all with the Tigers, and finished with 3007 hits, 399 home runs, 1582 runs batted in, and a .297 batting average. Kaline had 30 plate appearances in his age 18 season. 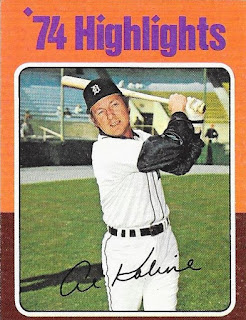 Paul "Jake" Martin was also a Bonus Baby. He appeared in 7 games in 1955 with the Pirates. Martin sustained a career-ending arm injury that season. 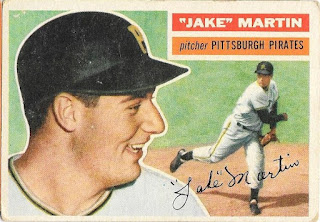 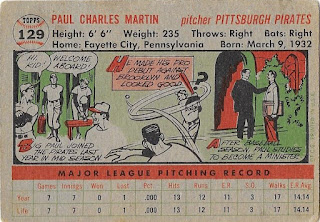 Jim "Catfish" Hunter was also a Bonus Baby and is the last player to have gone from high school directly to the majors with no time in the minor leagues. If I understand correctly, Hunter was assigned to the minors but never played because of an injury. He was 19-yrs old in his first year in the bigs. Hall of Famer Hunter won over 20-games 5 times, pitched a perfect game, won a Cy Young award, and finished with a 224 - 166 won - loss record. 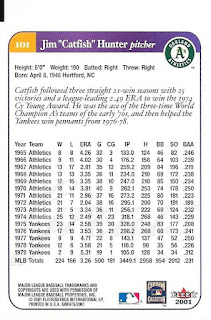 Honorable Mention: Bonus Baby Lindy McDaniel played 21 MLB seasons and his only minor league experience was 6 games in his fourth season. Lindy pitched in 19 innings in his age 19 inaugural season. I speculate that his minor league stint was an injury rehab because McDaniel had won 15 games the previous season. By the way, McDaniel's younger brother Von was also a Bonus Baby going directly from high school to MLB when Von was 18 yrs old. Von only had a 2 year MLB career. 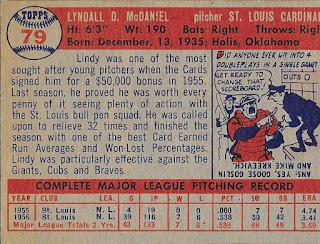 Players that went directly from college to the majors and never played in the minors begin with Hall of Famer Frankie Frisch. Frisch played 19-years in MLB, had one MVP season, and finished with a .316 lifetime batting average. 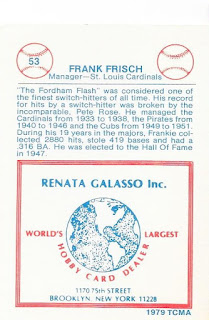 Dick Groat was a Bonus Baby that played 14-years and won the MVP award in 1960. As was noted here Two Sport Stars - Basketball, Groat also played in the NBA. 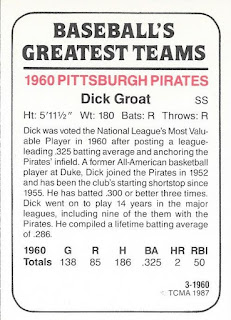 Vic Janowicz was a Bonus baby that after college passed up offers to play professional football in order to pursue a baseball career. He reached the major leagues with the Pittsburgh Pirates, but hit only .214 over two seasons as a bench player. He returned to football late in the 1954 season with the Washington Redskins, and was their starting halfback in 1955. During training camp in 1956, he suffered a serious brain injury in an automobile accident that left him partially paralyzed and ended his athletic playing career.

Hall of Famer Sandy Koufax was also a Bonus baby. He played 12-years and finished with a 165 - 87 won - loss record. From  1961 - 1966 Koufax dominated MLB. In all, he won three Cy Young awards, one MVP award, pitched a perfect game, and helped the LA Dodgers to three World Series titles. 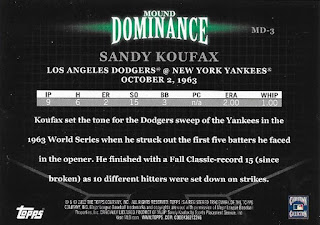 Hall of Famer Dave Winfield is another player that went from college directly to the majors and never played in the minors. In his 22-seasons, Winfield finished with 3110 hits, 465 home runs, 1833 runs batted in, and a .283 lifetime batting average. 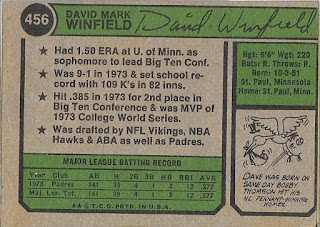 Bob Horner is the last player that went directly from college to the majors and never played in the minors. Horner played 10-years and is one of only a few players to have hit 4 home runs in one game. 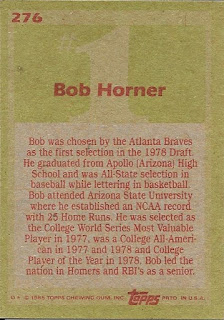 VERY Honorable Mention: After graduating from college, George Sisler went directly to the majors in 1915 where he played for 15-yrs never being sent to the minors. The only time he spent in the minors was AFTER finishing his MLB playing career, which was not all that unusual in those days as players weren't paid very well for retirement and they needed to continue to generate income. He was something special as he hit over .400 two times and finished with a .340 lifetime average. His .420 average in 1920 is the 3rd highest ever recorded after 1900. His 257 hits that season set a record which stood for 84 years until bested by Ichiro Suzuki with 262 hits in 2004. Sisler missed the 1923 season after he enlisted in the army in a Chemical Warfare Service. Sisler was elected to the HOF in 1939. 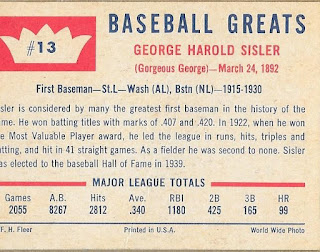 Honorable Mention II: John Olerud played 17 seasons in MLB, with only 3 games in the minors on what appears to be a rehab assignment during his last season with the Red Sox. 7 times Olerud had 90 or more RBI's finishing his career with 1275 and a .295 batting average. 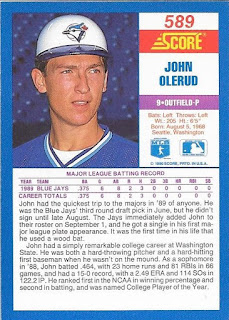 Honorable Mention III: Former Red Mike Leake is the most recent player to go directly from college to the majors having made the jump after being selected 8th overall in the 2009 draft. After posting an 8 - 4 won - loss record and a 4.23 ERA in 138 innings in his first season he played 2 games in 7.1 innings in his second season in what I believe was an injury rehab. His story isn't over as he's still an active player, but with 10-yrs under his belt and making incredible money he's not likely to get sent down for anything other than rehab. 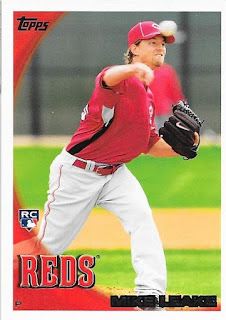 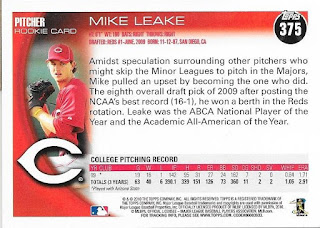 I learned an interesting bit of trivia while doing this research. According to Wikipedia, Fred Van Dusen, another Bonus Baby, went direct from high school to MLB but played just one game in his career. In that game, he had one plate appearance and was hit by a pitch on an 0-2 count. He is the only major league player in history who was hit by a pitch in his only ML appearance, and who never took to the field defensively. Despite only appearing in one game, he holds the all-time record for "hit by pitch percentage," with 100%. For a time between 2005 and 2012, Van Dusen was joined by Adam Greenberg as one of only two players who were hit by a pitch in their only ML appearance, and who also never appeared defensively. However, on October 2, 2012, Greenberg was recalled by the Miami Marlins for one day, seven years after being hit with a pitched ball in his first major league plate appearance. Greenberg struck out in his only at bat. Van Dusen traveled to Miami to throw out the ceremonial first pitch in Greenberg's return game.

Hope you enjoyed - thanks for visiting.

December 19, 2019
My Story:
I started collecting sports cards back in 1970 when I was about 9-yrs old. If I recall correctly, the first packs I opened in 70 and 71 contained a card of Pete Rose. Rose became my favorite player because of his hustle and desire to win, and he was one of the main cogs of the Cincinnati Reds Big Red Machine, my favorite team. (I still consider Rose to be one of the best players ever, but I have no respect for what he has done outside of the white lines)

I collected a lot of cards up until mid 1975 which is when my interests changed, but I never got rid of those cards (nor were they thrown away by mom or dad, thankfully). I got back into collecting, on and off, from the mid 80's up to this day, but only baseball cards.

Over the years, I realized I had a fairly decent collection of player cards from those days and started to organize my collection into a few groups, mostly cards of members of the National Baseball Hall of Fame, Cincinnati Reds Hall of Fame, Syracuse Base…
11 comments
Read more

February 01, 2020
On September 1, 1971, the Pittsburgh Pirates became the first MLB team to field an all-black starting lineup. Twenty-four years after Branch Rickey signed African-American Jackie Robinson, with the support of Commissioner Happy Chandler, Pirates Manager Danny Murtaugh penned the first all-black lineup. And man, it was a good one!

November 30, 2019
What better way to begin to showcase my Nat'l Baseball HoF collection than with Hammerin' Hank Aaron! As you will see, I organize my overall collection alphabetically, and I organize my individual collections chronologically (mostly), and start it with a HoF postcard.


I recall watching the game Aaron broke Babe Ruth's home run record with my dad, and I've held onto this SI cover ever since. Aaron hit the record breaking home run off of the Dodger's Al Downing. I don't include too many pictures such as this in my collection, but I do make exceptions, especially for some of my favorite players or for some items from my kidhood.

HoF manager Walter Alston: "More than anyone else, Hank Aaron made me wish I wasn't a manager."