Danny Clark is a Syracuse Baseball Wall of Famer that played for the Syracuse Stars in the International League. In 1926 Clark was having an exceptional season hitting .362 with 32 homers when in September the St. Louis Cardinals obtained the rights to his contract and took him away from the Syracuse ballclub (SABR). Hence, the Wall of Fame recognition.

As far as I can tell, other than reprints, there have been only two Danny Clark baseball cards ever produced. One is 1923-24 Exhibits W461, #5 when Clark was with the Red Sox. This card is available on ebay, ungraded, for $150 (see snip below).

The only other original card of Clark is a 1927 Middy Bread, #NNO card, when Clark was with the St. Louis Cardinals. This card is currently available on ebay, graded (VG), for $800 (again, see snip below).

Clearly, I'm not paying that kind of money for either one of those.

But, I waneed a Clark card for my SYR WoF collection!

In 1992 I understand that reprints were made of the 1927 Middy Bread 42 card set of the St. Louis Cardinals and the St. Louis Browns. The original cards were issued die cut and feature black and white body poses 3 to 4 inches high and are blank backed. The reprint set was issued on the standard size card 2-1/2” x 3-1/2”, not die cut, with a black background. I was able to purchase the Cardinal reprint set of 23 cards for $30.

In the 23 card Cardinals set there are six National Baseball Hall of Famers, three of which are also Syracuse Baseball WoFers, and two other Syracuse WoFers!

For someone that collects National Baseball HoFer and Syracuse Baseball WoFers, this is nice haul at a very reasonable price.

Those of you that follow this blog (thank you), you may have come to know that I'm not hesitant to go the reprint route as opposed to spending my retirement money on high-priced original cards. My goal is to get a card of each member of the exclusive HoF or WoF club (including Cincinnati Reds HoF) for a pictorial (cardorial?!?) history of such players. Once I get at least one card of each member of said club I may try to upgrade with better representations. Until then, I'm happy with reprints and low grade cards.

Below are scans of 1992 reprints of 1927 Middy Bread cards of St. Louis Cardinals Syracuse Baseball WoFers and National Baseball HoFers. 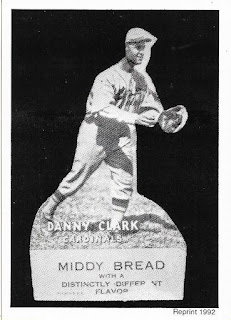 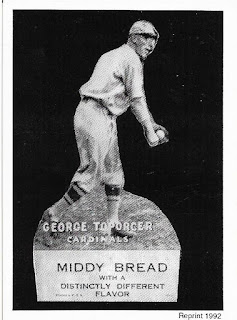 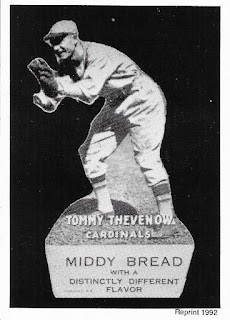 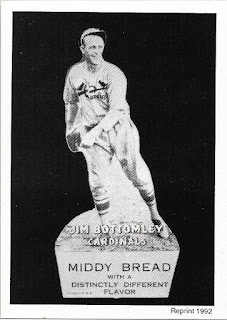 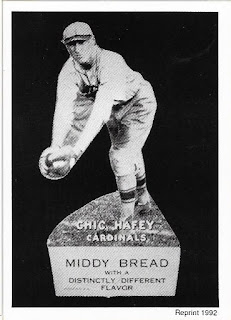 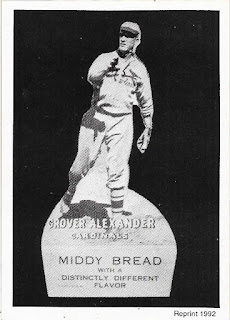 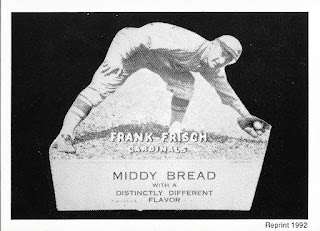 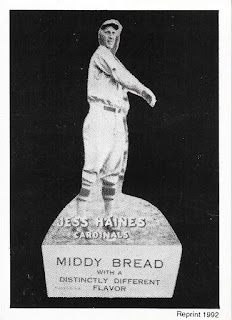 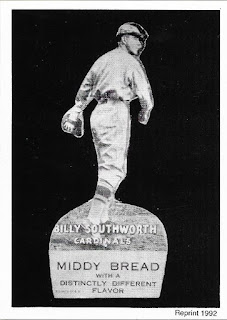 Thanks for stopping by, and be well!
CinciCuse Bill