Hall of Famer Lou Brock was best known for his base stealing, leading the league eight times, breaking Ty Cobb's all-time major league career steals record, and breaking Maury Wills's single-season record. But he was much more then that. He topped 200 hits in a season four times and finished with 3023 hits which contributed to his career .293 career batting average. He led the NL in doubles and triples in 1968. He also finished his career with 149 home runs and 900 RBI's, very respectable numbers for someone that was a leadoff hitter most of his career.

Brock was an All-Star for six seasons, and was the runner-up for the NL Most Valuable Player Award in 1974 when he had 118 stolen bases.

For a brief time, Lou was a member of the Harlem Globetrotters as noted here. 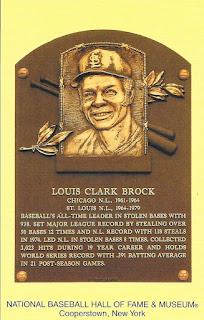 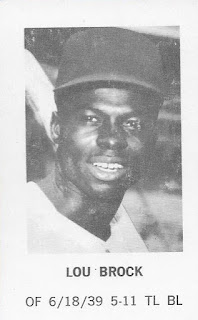 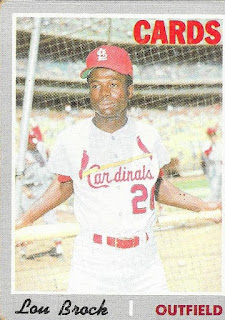 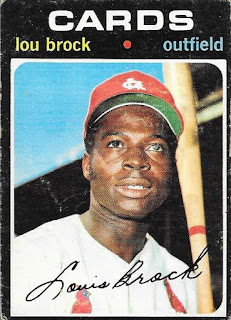 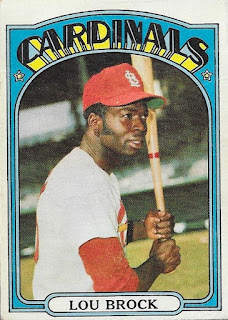 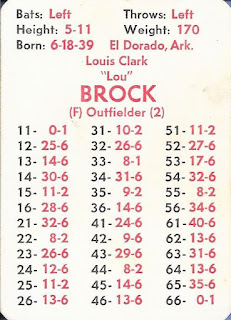 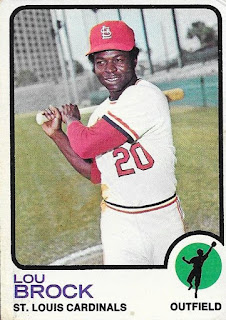 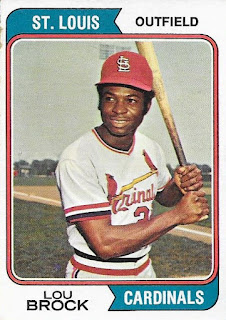 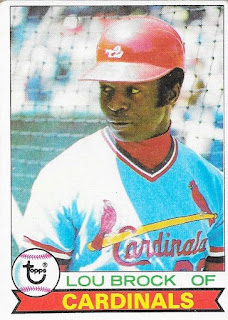 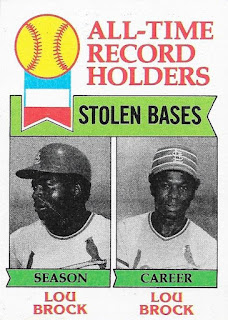 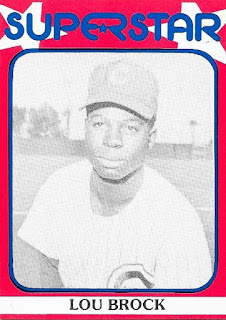 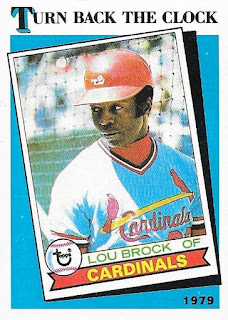 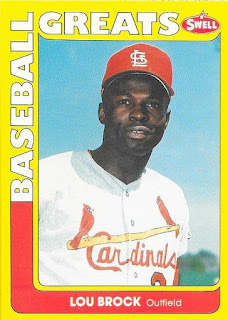 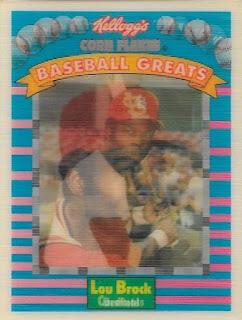 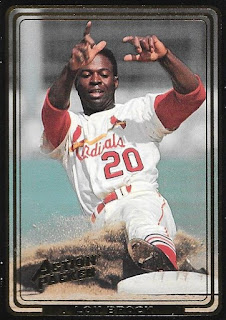 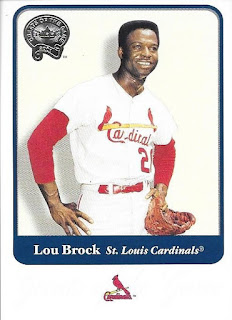 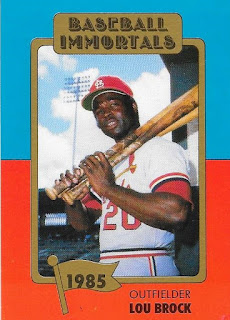 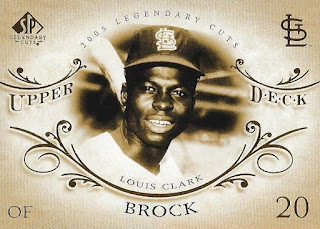 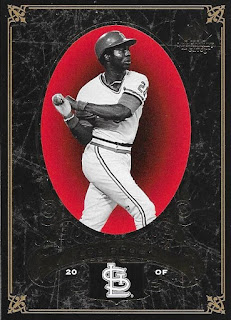 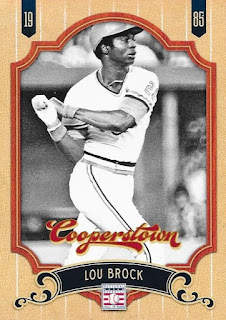 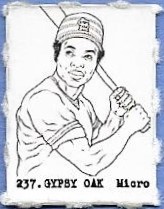 2018.
My favorite card from this post: I love the '71 Topps card with the black border and black stadium background.
What's yours?
Thanks for visiting!
CinciCuse Bill