Big Klu! Cincinnati Reds Hall of Famer Ted Kluszewski was notorious for his strength. When Kluszewski joined the Reds in 1947, he cut off the sleeves of his uniform, an action he took because the tight sleeves constricted his large biceps and shoulders and interfered with his swing.

Defensively, in 1,479 games at first base, he compiled a career .993 fielding percentage. 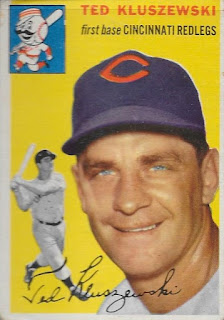 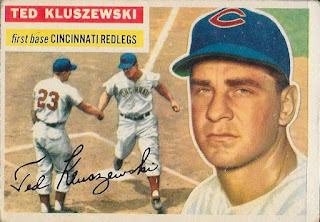 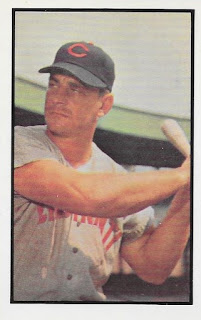 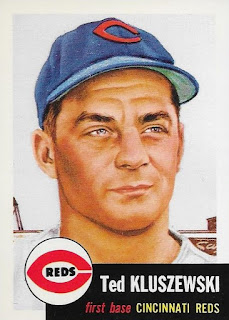 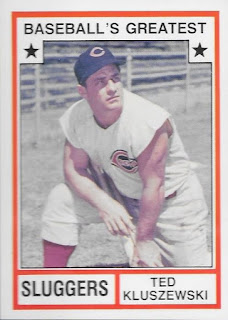 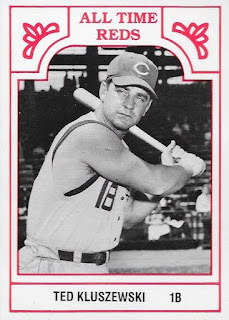 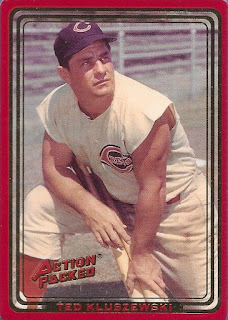 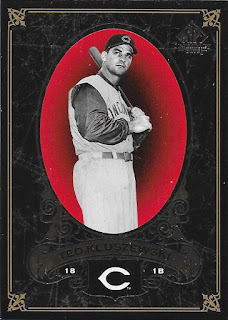 2007 Upper Deck Legendary Cuts #36.
After retiring as a player, Kluszewski was a hitting coach under Sparky Anderson with the Cincinnati Reds and the Big Red Machine teams in the 1970s. As noted here, Big Klu's Reds uniform number 18 was retired by the Reds in 1998.
Card I wish I had: 1957 Topps, Sleeveless, muscles, just a great pose and great card!
My favorite card from this post: I love his pose in the 1982 TCMA and 1993 Hi-Pro.
What's yours?
Thanks for stopping by!
CinciCuse Bill