Originally signed by the Yankees, from 1941-1959 Syracuse Baseball Wall of Famer Hank Sauer appeared in 1,399 MLB games for the Reds, Cubs, Cardinals, and Giants. During World War II, he missed all of 1944 and much of 1945 while serving in the US Coast Guard (thank you).

Early in the 1949 season, Sauer was dealt to the Chicago Cubs and hit 11 homers in his first month with his new team. He quickly became immensely popular with Chicago fans, earning the nickname "The Mayor of Wrigley Field". At age 35 in 1952, he hit .270, led the National League with 37 home runs and 121 RBI. Despite the fact that he played for a fifth-place, .500 club, he was named NL MVP, the first time in baseball history a player from a second-division team won the award. Two years later, he hit a career-high 41 home runs and slugged .563. 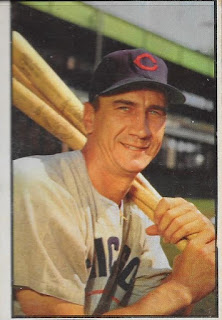 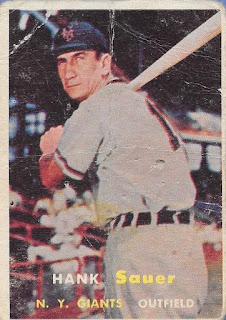 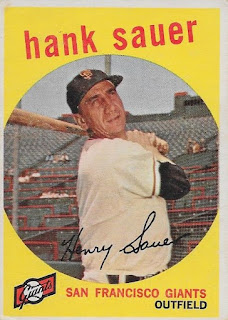 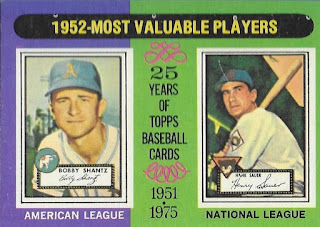 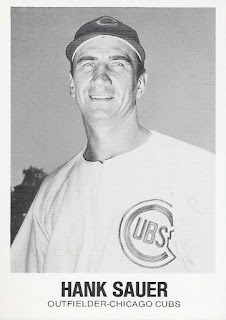 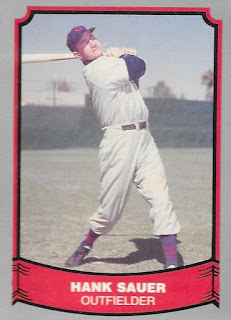 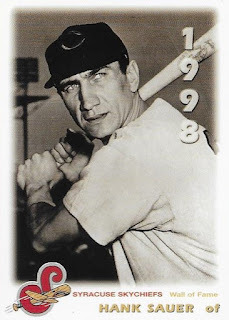 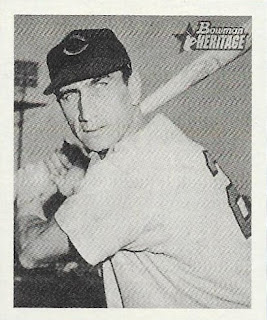 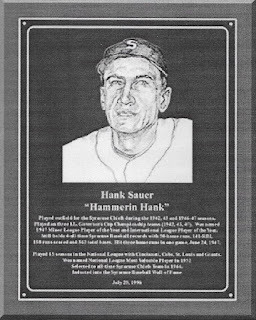 Syracuse Baseball Wall of Fame Plaque.
The three-time All-Star finished his career with 200 doubles, 288 HR's, and 876 RBI's.
Sauer and Johnny Bench are the only players in major league history ever to have hit three homers in a single game twice against the same pitcher. He did it 1950 and 1952 while with the Cubs, victimizing Curt Simmons of the Philadelphia Phillies. Hall of Famer Bench achieved this feat in 1970 and 1973 against Hall of Famer Steve Carlton, also of the Phillies.
Card I wish I had: I'd like an original card of Sauer while with the Reds, so I've ordered the 1949 Bowman Gray Back Hank Sauer #5, but have yet to receive that.
My favorite card from this post: I'm going with the 1953 Bowman with multiple bats on his shoulder, but I also really like the 1977 TCMA Galasso.
What's yours?
Thanks for visiting.