According to BR Bullpen: "One of the best Negro League pitchers ever, Ray Brown finished his career with one win fewer than Satchel Paige, along with twenty-seven fewer losses. Although already into his forties, he played in the Quebec-based Provincial League in the early 1950s and managed a number of semi-pro teams in the province as well."

Brown was elected to the Hall of Fame by the Special Committee on the Negro Leagues in 2006. 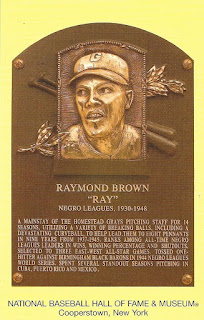 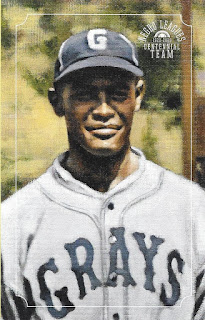 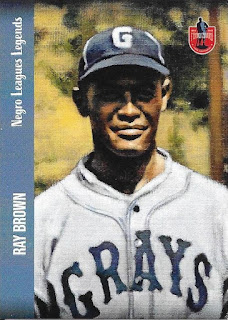 2020 Kreindler #1.
Thank goodness for the 2020 Kreindler Negro Leagues Legends Centennial Baseball Card Set because there just aren't any cards of Brown out there. In addition to the above, the Trading Card Database shows a 1945-46 Cuban League card that I've not seen available for anything less than $76 (which I won't be spending), and it shows a 1972 Puerto Rican Winter League sticker that I've never seen available.

You'd think the card companies would show a HoFer a little more love.