According to B-R Bullpen: "A Negro Leagues star, Hall of Fame outfielder Willard Brown played just briefly in the majors with the St. Louis Browns. Brown began his career with the Kansas City Monarchs in 1935 and played with them for more than a decade, missing time while serving in the Army during World War II. At age 32, he was signed by the Browns in July 1947, along with Hank Thompson. He made his big league debut on July 19th and, four days later, he went 4-for-5 against the New York Yankees. His home run on August 13th was the first hit by a black player in the history of the American League; it was an inside-the-park shot off future Hall of Famer Hal Newhouser of the Detroit Tigers. Brown hit just .179 in 21 games and was let go by St. Louis." 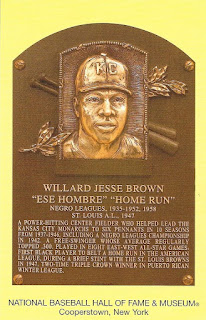 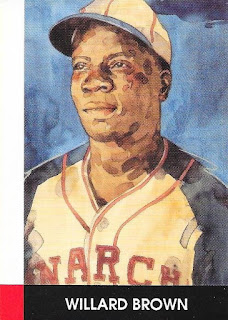 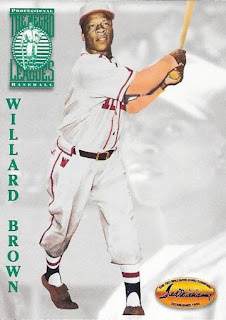 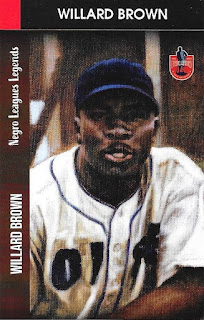