I can't let the passing of Henry Aaron go without acknowledgement. Aaron has been a mystical idol of mine all of my life. Here's a SI cover I saved from April 1974. 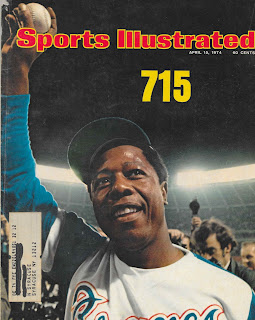 Aaron was featured in my second post ever, just about 12-1/2 months ago.